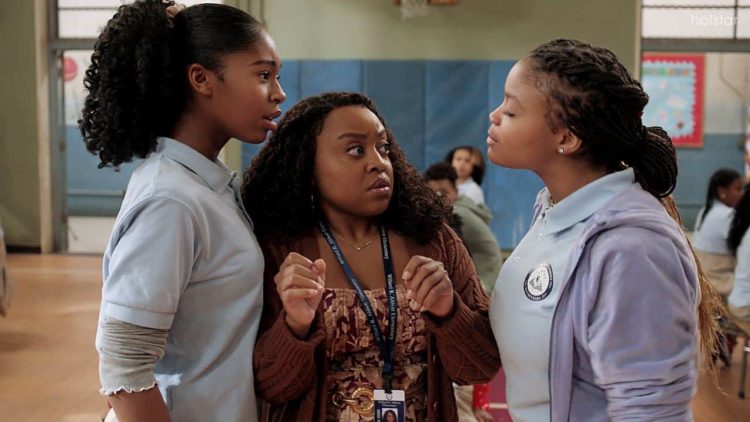 Janine encounters another hurdle when two of her students, Zara and Joya, won’t stop bickering and quarreling.

Janine tries to quell the feud but it won’t stop, which is a real problem for someone like her who’s unable to stand confrontation, much less a full-on battle.

Her first solution is to pair the two warring students, which goes about just as great as any first attempt by Janine would go — disastrously.

Their war turns familial and they get their older sisters involved, who start fighting each other. Janine steps in between them and gets manhandled before Ava and Barbara come and break the fight.

Later, Barbara advises Janine that she should let the kids sort it out themselves, instead of intervening herself. As usual, Barbara’s experience wins and the students do end up solving their tensions themselves.

Meanwhile, Gregory’s father is in town for a landscaping job. In the meantime, he’s arrived at Abbott Elementary to see what his son is up to.

Gregory’s father is impressed by the garden and when he meets the “caretakers” of the said garden — Barbara and Jacob — the secret comes out that it’s Gregory who’s been properly taking care and tending to the shrubbery all this while.

While Barbara and Jacob are shocked and upset that Greg hid this from them, his father is even more impressed than before. Later, he offers Gregory to join him in the expanded landscaping business, since he’s sure now that his son can handle his own weight.

However, ‘Abbott Elementary’ season 2 episode 12 ends with Gregory revealing to Jacob that he refused his father’s offer, saying how this is the first time he’s been at a place he loves, doing what he loves.