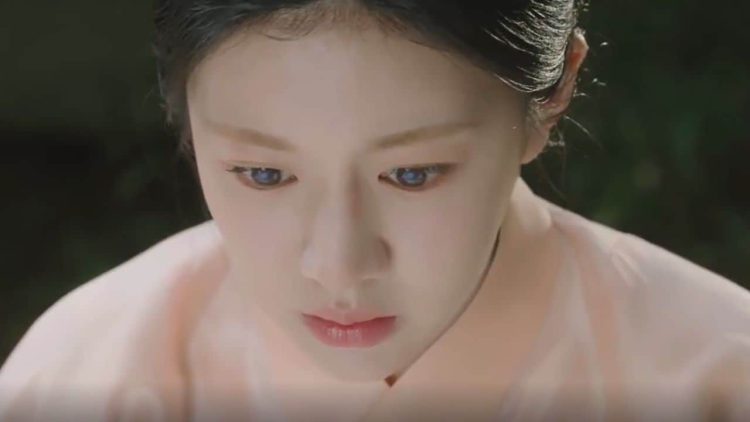 
In the eighth episode of the second part of ‘Alchemy of Souls’, Bu-yeon discovers her true identity, and Jang Uk agrees to go to the North Fortress. The episode is now streaming on Netflix.

Jang Uk and Bu-yeon discuss how to get Jin Ho-gyeong to give their relationship her blessing and retract the promise. For the time being, Bu-yeon decides to go back to her mother to put her at ease.

Bu-yeon’s words once again remind Jang Uk of his time with Naksu, and he tells her about the blue marks that would bloom in Naksu’s eyes. Bu-yeon expresses that she does care if he did not recognize her when they met, and this time she recognized him first.

Yul gathers Park Jin, Maidservant Kim, Master Heo, Cho-yeon, and Dang-gu. He intends to get Jin Ho-gyeong to retract her promise, as it was made to save his life.

Bu-yeon thanks Yul for finding a way to convince her mother and allowing her to stay by Jang Uk’s side. Yul, without revealing the exact truth, tells her the cause of his unhappiness stems from the fact that he gets to live while the person he cherished will disappear forever.

At that moment, she regains a memory and questions him if they have ever met at Danhyanggok. He tells her she should go there and find out the truth, which would reveal to her why she would only cause Jang Uk pain and vice versa.

Bu-yeon stresses that she does not wish to know the truth and requests Yul to turn a blind eye as her friend. Lady Heo eavesdrops on their conversation.

Go Won sends his gold plaque to Jang Uk. He asks him to come and meet him with his plaque if he also possesses it.

As So-i does not have a family, Yul arranges her funeral because he was the most important person to her.

Bu-yeon sees the stab wound that Naksu gave Jang Uk. She comes to the conclusion that he wanted to know what Naksu truly felt at that moment. People believe she attacked him to avenge her family’s death, but he has his doubts.

Bu-yeon does not wish to see anyone’s memories but her own. Jang Uk agrees and asks her to wait for him to come back from his meeting with Go Won.

Yul threatens Jin Ho-gyeong to let Bu-yeon stay with Jang Uk because Naksu’s soul would anyway disappear in a while. This makes Jin Ho-gyeong believe that Master Lee has been deceiving her all this time.

Go Won tells Jang Uk that he should go to the North Fortress if he does not wish to fight him over the gold plaque. Jang Uk accepts the royal command.

Jin Mu is surprised that Jang Uk agreed so easily. Go Won reveals that Jang Uk only fights to protect those around him, so when he was challenged by Go Won, he backed out to protect his loved ones.

Jin Mu reveals that he got rid of Go Won’s turtle as it was a sign of weakness. Go Won does not want to find his missing turtle anymore.

Jang Uk tells Park Jin that he is going to fight Go Won to protect what he must. He asks him if he would stand beside him in his fight, and Park Jin gives him his nod.

Lady Heo calls Bu-yeon to meet her in the Dark Forest. She throws a medicine, which is used to reveal invisible marks on corpses, on Bu-yeon. However, the medicine does not show the mark of soul shifting on her chest.

Yul, who had found out about Lady Heo’s knowledge of his letter’s contents, intervenes. He sends Bu-yeon to wash off the medicine and asks Lady Heo not to tell Bu-yeon anything because Naksu’s soul will disappear soon.

While washing off the medicine, Bu-yeon sees her face in the water. Her eyes appear blue as a result of the medicine. She regains the memory of Naksu using the alchemy of souls and decides to go to Danhyanggok to look for the truth.

Bu-yeon regains her memories near the big tree. She now knows that she is Naksu. The real Bu-yeon’s voice inside her mind tells her that she would soon regain her divine powers and Naksu will have to leave this body.

Jang Uk comes looking for Bu-yeon at the pub where he first met Naksu. She tells him that she is leaving him because she has regained her memories and she loves another man. She hurt the man too much, and now she feels guilty to be with Jang Uk.

Jang Uk tries to stop her but to no avail. She goes back to Jinyowon to live in the annex. Before leaving for the North Fortress, Jang Uk comes to meet her again. He tells her that he cannot let her go and that this time he will wait for her.

Yul had discussed revealing Bu-yeon’s truth to Jang Uk with Master Lee, who had advised him otherwise. Jang Uk possesses the power of Hwansu that would enable him to get rid of Bu-yeon’s soul and save Naksu.

However, this is forbidden sorcery. Jang Uk, despite having the power to save her, would not be able to do so; this would cause him nothing but pain. They decide to spare him the pain and not to tell him anything.

Cheonbugwan will start the preparations for the lake’s rites, and Jin Mu’s secret society will also get involved. Go Won readily offers his assistance.

The discovery of the replicas of the fire bird in Lake Gyeongcheondaeho causes chaos in the capital. Jin Mu concludes that this would help him get the Unanimous Assembly to participate willingly in the lake’s rites.

He seeks Go Won’s help to place the replicas in the canals, which would allow them to get their hands on the real fire bird inside Jinyowon.

Jin Mu tells Jin Ho-gyeong that as she is growing old, there is no longer a priestess in her family that would be able to dance for the rite. She asks Cho-yeon to bring the Jinyowon Plaque, which gives her the power to deny even the King.

Bu-yeon volunteers to take the plaque to her as she wants to see Jin Mu, the man who used her and killed her. On her way, she finds Go Won’s turtle, an animal with good energy that guides those who are lost.

Using Go Won’s authority, Jin Mu asks Jin Ho-gyeong to give up Jinyowon as she put Jinyowon in grave danger for personal reasons; she used the fire bird to kill Yul’s parasite. Besides, her family is no longer fit to protect Jinyowon.

Jin Ho-gyeong is ready to beg him, but Bu-yeon intervenes. She will do anything to prove to them that she has started regaining her divine powers.

To test her powers, Jin Mu intends to send her to a prison called Gwido. The door of the prison was created by the first leader of Jinyowon.

No one can escape this prison. Jin Mu will throw the plaque in there and Bu-yeon will have to retrieve it within a day using her powers. Bu-yeon accepts the challenge, but Jin Ho-gyeong is against it as it might result in her death.

Bu-yeon tells her to have faith in her powers and enters the prison. She takes the turtle with her and follows it for a while until she is attacked by a wraith.

She accidentally puts her energy in the blue jade that she has been carrying around, and Jang Uk appears before her to kill the wraith. He sees the marks inside her eyes and wants to know who she is.