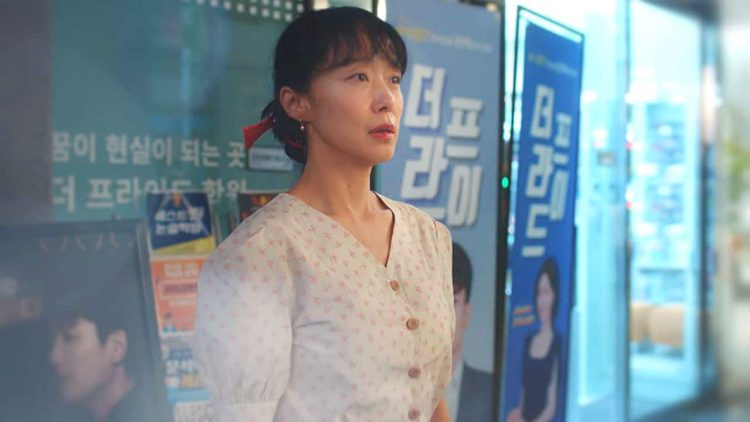 
In Crash Course in Romance season 1 episode 4, Haeng-Seon falls victim to the politics of the wealthy parents, following which she takes drastic measures to do right by her daughter.

While Haeng-Seon reels with a hangover headache and the embarrassment of what she did to Chi-Yeol the last night, the star teacher is all giddy and visibly smitten by her, unable to stop smiling during the night at the fact that this is the most amount of intimacy he’s experienced in years.

Haeng-Seon visits Su-Hui’s house where all the moms of the All-Care students are meeting. Sun-Jae’s mom arrives later and Su-a’s mom doesn’t take it in stride, as she’s pretty miffed with her generally.

Their little tussle devolves into a raging fight but while Su-Hui fights with loudness, Ms. Jang kills with her silent, snarky, and searing demeanor. Haeng-Seon tries her best to settle things but all she gets for it is a cut on her cheek.

Later, Su-a freaks out and shouts at her mom about how much she hates the fact that Hae-e is in the same program as her, especially after raising the level 1 cut-off at the school and getting her level 2 in English.

When Young-Min’s mother wishes to make an arrangement so that her son gets into the All-Care program as well, Su-Hui comes up with an idea, to try and replace him with Hae-e.

When Hae-e is discarded from the program due to some unmentioned, bogus rule, Haeng-Seon gets furious and makes a show at the academy.

The next day, she goes again, and shouts at the loudspeaker, demanding to talk with the director, who gets hurt because of her and calls for blacklisting Hae-e.

Chi-Yeol informs Haeng-Seon of this and expresses his concern but she says he shouldn’t, and storms off. She then plasters a note outside her shop, banning all the Pride Academy employees from service.

Not getting to eat her food and also the fact about Hae-e’s unjust expelling, Chi-Yeol’s health plummets again.

Meanwhile, Su-Hui and Ms. Jang actually find common ground and join hands to replace Hae-e with Young-Min, with an initially reluctant Ms. Jang agreeing to kick Hae-e out after she sees her son’s bond with the girl — something she thinks would hinder his education.

Seo Geon-Hu asks Hae-e to tutor him as a visible connection seems to be developing between the two. Meanwhile, the same guy who attacked Chi-Yeol and his obsessive stalker earlier on follows Young-Min and throws him off a building, killing him.

Chi-Yeol goes to visit Haeng-Seon and strikes a deal; he will private tutor Hae-e but on one condition. Crash Course in Romance episode 4 ends before this condition is revealed.