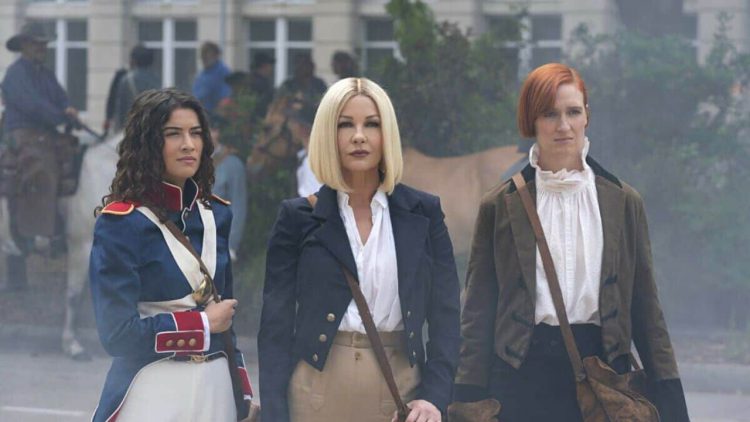 
‘National Treasure: Edge of History’ episode 6 sees Jess brilliantly flip the script on Billie as she double-crosses her while Liam’s true condition is revealed.

Billie shocks Jess by telling her that she’s one of the Daughters of the Plumed Serpent. She also tells her that she knew of her father and that they both are similar in wanting to find the treasure to preserve it.

Jess seems to be convinced and later on when Billie takes her to dinner at a posh restaurant, she also shows Jess a photograph of her father with another man she claims was her brother Sebastian.

She tells Jess that her brother was murdered by the same man who killed Jess’s father — Salazar. She continues to flex her “deep digger” skills by speaking about Jess’s mother as well. Seemingly convinced, Jess joins her.

She, later on, has a verbal spat with Tasha and the while the latter is helped by Oren in understanding a lesson on friendship and getting back to patch things up with Jess, it’s already too late.

Jess jumps onboard Billie’s private jet and starts concocting a plan to locate the next piece of the clue leading to the treasure. They raid the Alamo Well for the third box of clues on the day of the civil war reenactment.

Jess, as it turns out, was playing Billie all along and after trapping the antiquities dealer inside the well, she bolts, chased by Kacey and protected by Tasha in the process. In the end, Tasha and Oren end up saving Jess and the three drive away.

‘National Treasure: Edge of History’ season 1 episode 6 ends with Jess and friends discovering that to get their hands on the next box, they need to meet none other than Salazar — the man who’s currently in prison for trying to get the box himself.