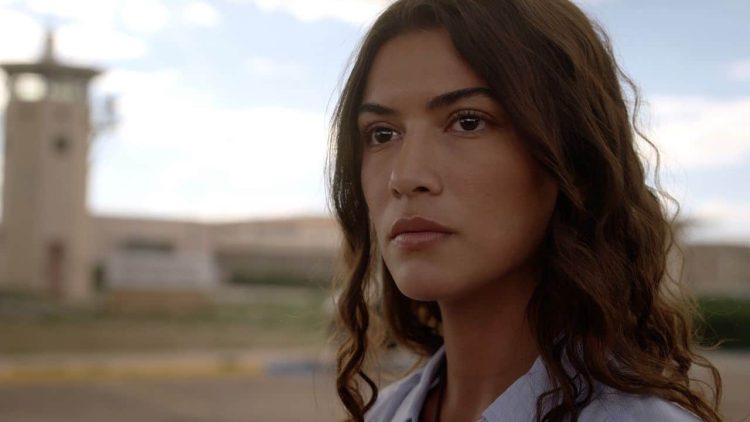 National Treasure: Edge of History episode 7 opens with Agent Ross and Hendricks listening to the recording that incriminates Jess of killing Peter Sadusky.

While she finds it a bit dubious, Hendricks wipes those doubts off her mind, at least for now. Meanwhile, an arrest warrant against Jess is issued.

Elsewhere, Jess argues with Tasha and Oren regarding the mission ahead — they must retrieve the third box and for that, they must meet Salazar.

Tasha argues Jess must not depart to Mexico, given her obvious situation with DACA while the latter argues that her two friends don’t even know how to converse in Spanish.

Jess decides to go in spite of all the risks, and Tasha and Oren tag along as well. Shortly thereafter, they see the FBI emptying Jess’s place and take a detour to Oren’s place.

They take off to Mexico while Billie figures out that there’s an original Alamo where the clue must be located, with the help of a convenient history nerd placement in her proximity while in detainment.

Agent Ross is met by Ethan who dismisses the recording, calling it a deepfake and pointing out that Jess in the recording says “further” instead of “farther”, arguing how Jess’s American English would not have this glaring semantic fault in it.

Agent Ross is not swayed by this insufficient alibi but realizes that it’s true when she later hears Billie using “further” in her speech. Meanwhile, the ruthless hunter takes off to Mexico herself.

Jess meets Salazar at the prison and finds out that it’s actually her father, Rafael. Even though he feels remorse for being reckless, the treasure hunter is still bent on his quest for the protection of said treasure, as he obsessively hands his daughter out the details on how to retrieve the next clue.

Jess is heartbroken to see her father caring more about the treasure than his familial know-how, but Ethan later lightens her mood and makes her realize that her treasure hunt has been her own thing, irrespective of her father.

With the non-direct clues given by her father, Jess decodes the next part of the puzzle and with her friends, secures the third and last box.

Unraveling the insides of all the boxes presents them with a map that’s yet another clue that her father most probably can decode since she doesn’t know the symbols and he might.

Meanwhile, Liam panics as he looks around for Jess, later realizing that he’s gone viral with one of his previous performances, so he sings a song that’s meant for Jess.

Following this, he’s met by Myles who tells him that it was him who saved her before giving him back his phone. Later, he continues to try and convince the suspecting Liam that he’s not with Billie anymore since she’s crossed the line, telling him to trust him and that Billie must know where she is.

Billie and company roll up to the penitentiary but Jess realizes that Billie is already there. Realizing that she’d go after her father’s life, Jess decides to break him out of prison, before National Treasure: Edge of History episode 7 rolls the credits.